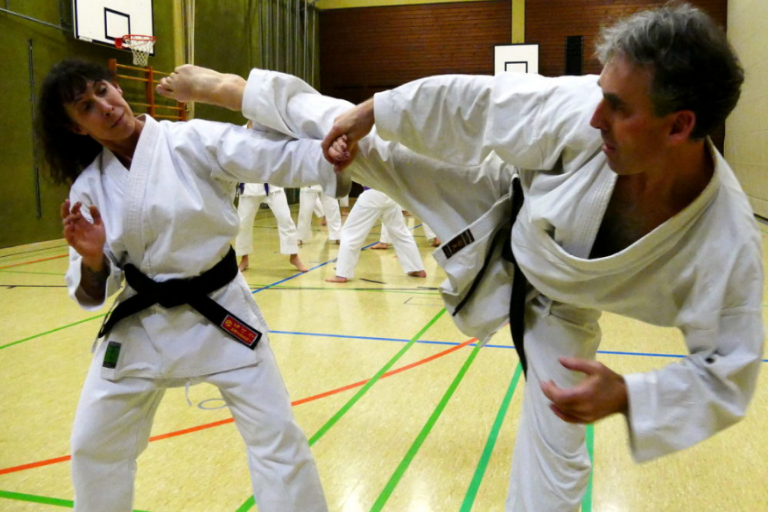 The World of Karate

The self- defence technique that originated from Okinawa is what is widely now know as Karate –do or simply Karate. A martial artist well versed in Karate is called a Karateka. Split into two, the word “kara” means empty and “te” means hand and “do’ means way. The word in itself is as ambiguous as it can be. Here, “kara” just doesn’t signify the empty hands. It also pertains to an “empty” or pure , clean and humble body and mind. One that is ready to be subjected to relentless training and discipline. The teacher or Sensei has the herculean task of imparting the art and all other aspects that come along with it.

The growth of Karate in Japan in the present era is widely attributed to Sensei Gichin Funakoshi of Okinawa. A highly respected Sensei, Funakoshi made changes to the art. He made it available to all who wanted to learn it and was instrumental in making Karate a household name.

The Components of Karate-do and training techniques

There are three main components of Karate-do.

Every class, training session or supervised match commences and ends with a “bow” . This gesture fosters respect and harmony amongst the students . It is a general indication of respect towards the Sensei and courtesy towards the opponent. The teacher must be a role model for all students and he must embody the values he teaches.

Teaching techniques involve the demonstration of a move by the sensei while he is being keenly observed by his students. Sometimes the teacher may involve a student with him to show others how a tackle or kick is done.

A skilled sensei will have the ability to spot a mistake and rectify it then and there. He will also not permit jealousy or rivalry amongst his students.

As violent as it is in nature, Karate gives equal emphasis to moral qualities like patience, self-control, good judgement, respect. At the end of his training, a student emerges with confidence , self-esteem, courage, dedication and discipline. It is the overall development of the student that makes it an exemplary art form.