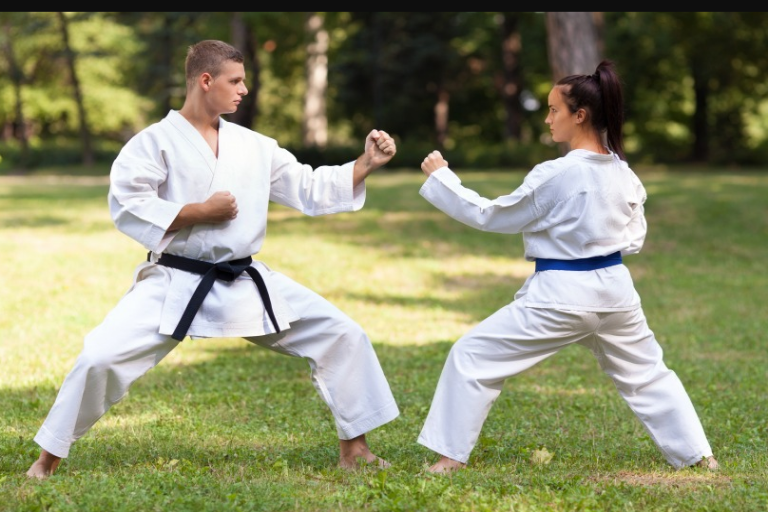 The ancient art of self_defence

Of all known martial arts, Karate is perhaps the most popular and most sought-after. To the common man, the name conjures up images of the iconic Bruce Lee along with kicks and blows delivered with lightning speed. Most of the time, the bad opponent is left writhing on the floor in pain . Justice is delivered. Little do most of us know how intricate the art of Karate is- how ancient and how powerful.

Simply translated, Karate is nothing but “empty hand”. The use of the “te” or the hand in self-defence. Being one of the oldest martial arts, it is very difficult to trace its origin . One highly debated theory traces its roots to India with the Buddhist monk Bodhidarmar teaching it to his Chinese disciples . The more popular theory dates its origin back to a thousand years to the Ryukyu kingdom or the present Okinawa region in Japan. Karate today in its present format is the influence of what was taught and passed on over the centuries.

Explore More About : The World Of Karate

The Art Of The Empty Hand

Warriors of the Ryukyu kingdom had to resort to fighting with bare hands because weapons were forbidden within the warzone. Bare hands proved to be formidable weapons when they were used with utmost precision , timing and technique. Karate does not instruct one to simply win a brawl by lashing out at the opponent. It is an artful combat.

A student or disciple stepping into the threshold of this art is first taught discipline. Discipline to control one’s mind and body. And then comes the rigorous training of self-defence. It is nothing less of a gauntlet. Imparting austere discipline, Karate inculcates the nuances of focussing, listening, and concentrating. Reflexes are fine-tuned and the body is trained to move in a delicate yet deadly fashion.

Accurately delivered kicks and blows make Karate a violent form of martial art. Sans weapons , an expert of karate can be a formidable opponent. But the primary principle of the art is not to attack unless necessary.

Over the centuries, Karate has evolved and presently being taught and followed globally. However, the principles and rules remain the same. The masters who instil the art are revered- their word respected and obeyed . Irrespective of where and how it came into existence, Karate is a widely recognized , accepted and esteemed form of martial art .