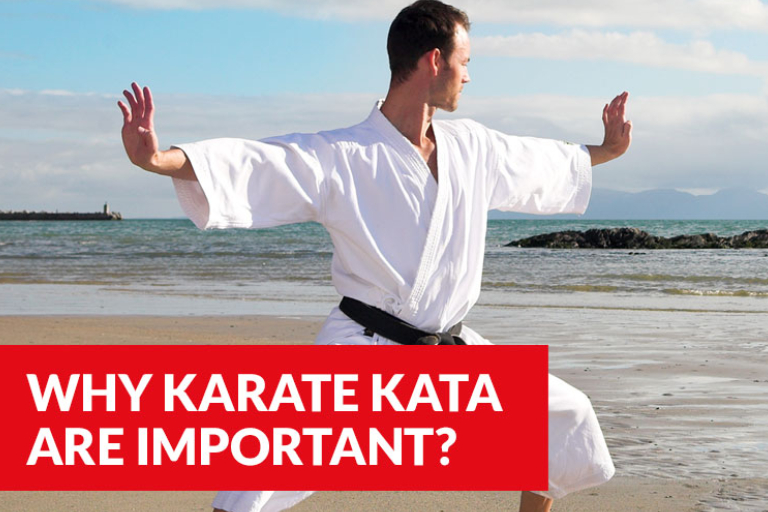 Why Is Kata An Important Part Of Karate?

1. Kata Is A Karate Art Form
Karate as an art form is defined by its Kata or the set of hitting and kicking techniques that are practiced. Kata provides a direct link to ancient styles because it studies the principles used in past generations’ fighting practices. Karate becomes recognizable through watching your style’s katas; these forms teach about how you view yourself and what methods you use for self-expression at such deep levels that they become something like trademarks for individual schools and their unique martial arts culture.

Kata might not be made of clay, but it is a work of art. It’s no exaggeration to say that karate practitioners are just as much the clay in this situation, and their goal is to master themselves so they can create this impressive kinetic sculpture with fluidity and explosive power. Kata looks like nothing more than an exercise routine or abstract fighting style from afar–but up close, you’ll see how beautiful its movements really are too!

When Kata is done properly, it seems as if the practitioner was fighting an imaginary opponent. You can see passion and emotion in their movements but also a sense of self-control over this overwhelming feeling. When not executed well, it appears that the artist simply has no control or understanding of what they are doing because there is nothing to behold besides frustration on both sides: theirs and ours (the viewers).

When one does karate correctly, you get caught up by how strong yet effortless everything looks like; then again, when someone executes poorly, you feel frustrated with them too – either for being unable to do something so simple or maybe even uninterested from general apathy towards life altogether.

2. Self-defense Is Taught Through Kata:
Kata is self-defense training that has been used for centuries by many different martial arts styles. Kata, which literally translates to “form,” teaches moves and techniques through form drills in a prearranged sequence of actions called Kumite (sparring). Self-defense applications are sometimes obvious, while other times they require additional explanation, but the goal behind it all is giving you better chances at defending yourself against an attacker.

The abstract nature of Kata has led many to dismiss this technique as ineffective at best, artful and unengaging at worst. Kata is an ancient form that’s inspired by three key inspirations: the mystery needed to be uncovered in order for it becomes effective; its sense of spirituality (always a captivating quality); and finally, the knowledge gathered through trial-and-error during times when there was no written language or formal history.

Many martial artists don’t appreciate how difficult self-defense can be without some kind of instruction. The difficulty arises from what is known as “added techniques,” which must often come into play before one becomes proficient enough with certain arts such as those practiced using karate moves like punches or kicks–a problem not.

3. Kata Promotes Self-control:
Kata promotes self-control and restraint. It’s a tool for honing defense abilities, promoting ideologies of harmony in the martial arts world, as well as teaching students to make swift decisions that can save their lives one day. The pursuit of self-mastery is possibly the most powerful weapon we’ve got against violence – it teaches us how to fight without fighting at all!

Kata is a type of physical and mental training that originated in Japan, where practitioners practice precise movements to perfect their balance, form, breathing patterns, and mindfulness. Kata promotes self-control by the practitioner through an attentive focus on one’s own body as well as control over external objects such as weapons or tools which may be used for defensive purposes.