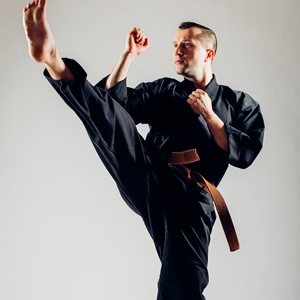 COATZACOALCOS, VER., Nov. 27 – Mexican karate riders Arturo Enrique Estrada and Rubí Martínez had to settle for bronze in their respective categories when they fell in the semifinals of the Central American and Caribbean Games Veracruz 2014.

Estrada fell 4-2 In the semi-finals of the men’s 60 kg category against the Dominican Norberto Jeancarlos Sosa, in a battle dominated by the islander who dominated fast Mexican, because before two minutes already had the advantage, which never lost.

At the same time, Martinez, in the category of 55 kilos women, was clearly overcome by Colombian Stella Maris Urango 4-1, although it was a good start for the local league, connecting the first point, but the Colombian managed to get To the front with two points and a penalty for the local, Which left the final result.

Results until the moment of the tournament of karate (combat modality) of Veracruz 2014:

Femenil up to 55 kilograms:

Male up to 67 kilograms: