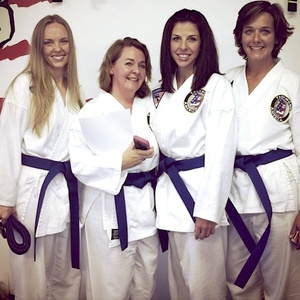 Coatzacoalcos, Ver., Nov. 27 – On the first day of karate activities at the Central American and Caribbean Games Veracruz 2014, Mexico won its first gold medal through its women’s team, in the Kata specialty.

The judges awarded the five points in dispute for the national team formed by Xatzi Trujillo, Yaretzi Cuéllar and Rubí Martínez, whitening the Salvadorans, who settled for second place; The podium was completed by the triplets of Nicaragua and Guatemala.

The locals started their walk in Group B, just before El Salvador with the same result of 5-0, they later dispatched the Panamanians to join the semifinal where they gave the Guatemalan count without giving up any point.

The highest honor in this category preceded another pair of “tricolor” argentos metals, one through Trujillo, 21, who did not resist against Dominican Maria Dimitrova.

The other fell on the men’s bunch, thanks to the performance of Waldo Ramirez, who escaped the gold in his duel against the Venezuelan Antonio Diaz, who won by unanimous decision.

Explore More About : Unwind Your Body And Mind With Karate