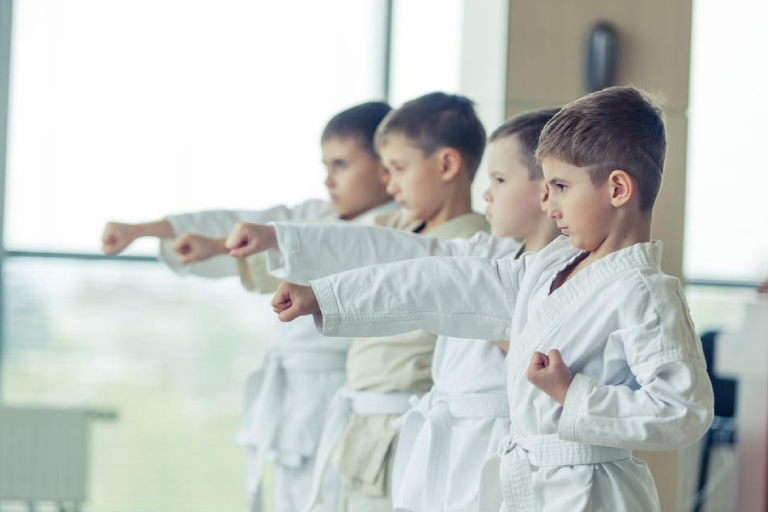 Martial Arts To Improve Your Self Defense

In an era where no human is safe from attacks, the case of women is lamentable owing to them being vulnerable to being overpowered. Crowds have become a part of a silent audience rather than the group who could bring an upheaval against it. In any case, depending on a third party to fight battles for you is not a good insurance policy. Gain enough knowledge, prepare yourselves for whatever that may be, get trained with Martial Arts For Women, and fight your battles on your own, Always!

Martial Arts To The Rescue

Judo is one of the few simple martial arts that is a foolproof method to find a result always. It combines a lot of pushes and pulls, rather than kicks and punches. It makes it an easy art to master even without a fiercely healthy body. Direct combat techniques such as Wing Chun are close-range combat systems, useful in fighting and warding off a potential threat. Using punches and reusing, the attacker’s force is an excellent way to get around in the case of surprises down the alley. Both Judo and Wing Chun are very efficient and effective in knocking a guy off and giving you the upper hand at your freedom. Judo is born in Japan while Wing Chun is of Chinese origin, and both are highly effective in using energy from the attacker with less effort from the victim.

Aikido from Japan is another martial art that doesn’t require you to apply force on the other person. It uses the energy from the other person to bring them down. This is a highly effective art form as it does not try to be attacking in nature. It seeks to bring down conflict into neutrality rather than escalating it. Korean martial art of Taekwondo is more of a sport rather than an offensive weapon of choice. It is the art of kicking and punching. Taekwondo makes for the weaker upper body strength that is compensated by highly practiced, fast-paced kicks. Using the body’s natural physics to translate forces is the best way to defend oneself against attackers out of the blue

Krav Maga is a secure form of self-defense that trains the mind into muscle memory. It gives the person a lot of confidence in carrying themselves around in a dark alley or an unknown place. Using your own body as a weapon against an attacker is what the training tries to imbibe. The tension that an attacker creates usually drives the victim’s mind into a scared or frozen state that no feasible reaction is possible. This often translates to the victim being overpowered by the attacker. Training empowers the victim to work without clouded emotions and react mechanically to impending danger. There are few steps to proceed with the Krav Maga martial art as a self-defense method.