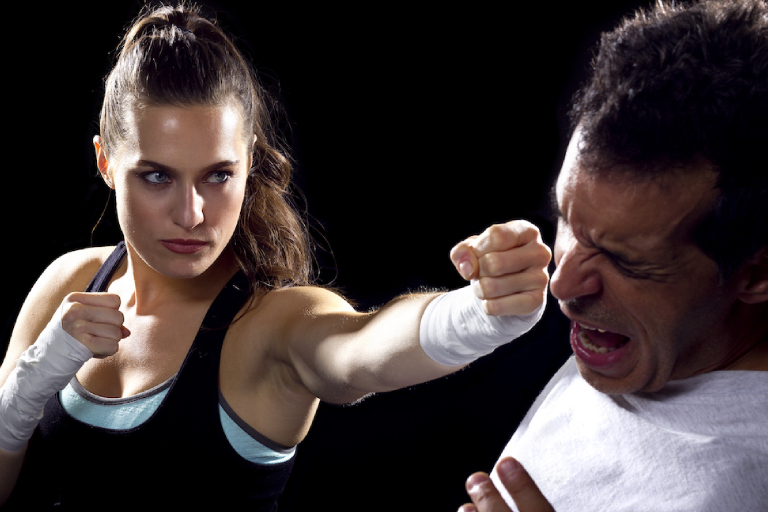 Learn How To Improve Self Defense For Women Easily

Posted in Self Defense For Women

Strength and confidence have nothing to do when a woman is concerned about her self defence. Although being outnumbered might be a disadvantage to consider. A set of excellent skills to take care of unprecedented situations that would creep up in due course of life would be a good thing to have. Taking a few lessons in Self Defense For Women would be the best thing for keeping one’s mind at peace since there is always the impending danger of attack whether a robbery or a sexual assault, preparing for the worst-case scenario would still be the right thing to do.

Martial Arts To The Rescue

Learning a move or two from martial arts is one way to move forward in preparing oneself for whatever surprises that the dark alleys are ready to throw at us—mixed Martial Arts in the form of self-defence that instills a lot of self-discipline and confidence in women. Jiu-Jitsu is a popular form of mixed martial arts that is suggested by some schools of thought as it helps gain the confidence women need in their life without much effort. Knowledge of the art of self-defence is something that would enable women to be independent and live with a sense of achievement.

Explore More About : Self Defense For Beginners – The Need

Developed by martial artist Emrich Lichtenfeld in the 1930s, the Krav Maga was used by Israeli army before being released for civilian use in the 1960s. “Combat without weapons” is the translation of Krav Maga. The simplicity of this defence system is that it is quickly learnt as it works by putting one’s instincts to good use. The Krav Maga principle focuses more on being aware and preventing any worst scenario rather than initiating a fight. The methods train muscle memory to allow the body to start a response as and when needed, even without a thought. The moves are practised repeatedly until they become second nature, and this is often achieved over a shorter period than expected practice time. Krav Maga is not about fighting to win, but it is all about buying enough time to get away. Krav Maga teaches its learners the basics from avoiding a fight, preventing a mishap, de-escalating a scenario, defending and fighting only if necessary before fleeing the scene.

Krav Maga has a six-step defence mechanism that is easy to interpret. An Open hand strike using the heel of the hand helps get away from a person after leaving them in a confused state. A kick to the groin from the knee or foot could give a tactical advantage if arms are being overpowered. 360 or outside defence is a technique in which the hook is kept at right angles to get enough space away from the attacker. When a handbag or a part of the body is grabbed and pulled, move with force and use it to attack the person. If on the floor, do not hesitate to attack from the ground. Use both feet if necessary, and kick away the assailant and run away to freedom.