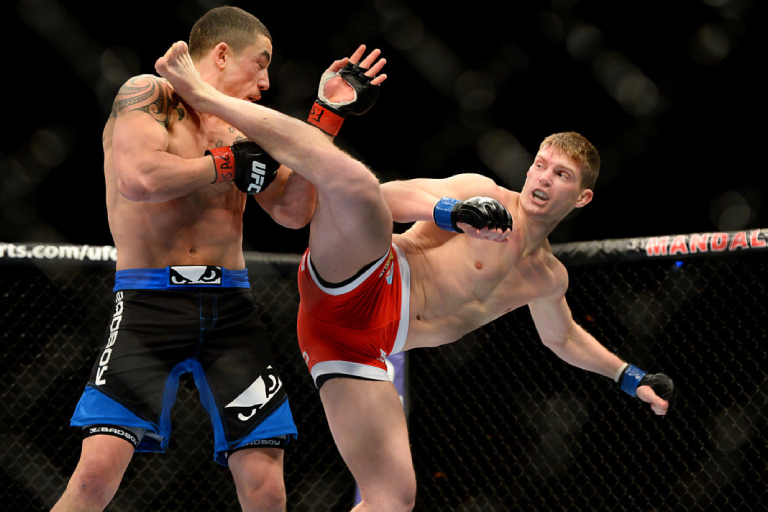 Joining a Karate class has become a trend now. When some people stop going for classes after receiving belts that show a level of proficiency, some people leave Karate classes for Muay Thai or MMA. The reason is they believe techniques learned in Karate classes will not help you during a street fight or during a crucial situation in real life.

The deadly techniques in Karate that can help you in a street fight are: Foot sweep, Reverse punch, Backward trip, Crane kick, Side kick, Roundhouse kick and the Stance.

Roundhouse kick to Jab: Two basic techniques are used and the combination of these two is entirely different from any other martial arts. Loyoto Machida used this combo to capture the UFC title.

Backward trip: This technique is restricted to Karate and not very much known in other martial arts also. In this technique, you trap your opponent between your arm in front and your leg behind. This will make him lose balance and you can take him down without much effort.

Foot sweep: This technique utilizes, as an alternative to your force, the drive of your opponent. It is different from the sweep used in MMA where you have to take down your opponent catching a leg or a sweep.

The martial art is to defend oneself before an attack. In Karate, the stance technique uses both feet on the same line and standing sideways. In the sideways stance, it is easy to move back and forward to counter attack.