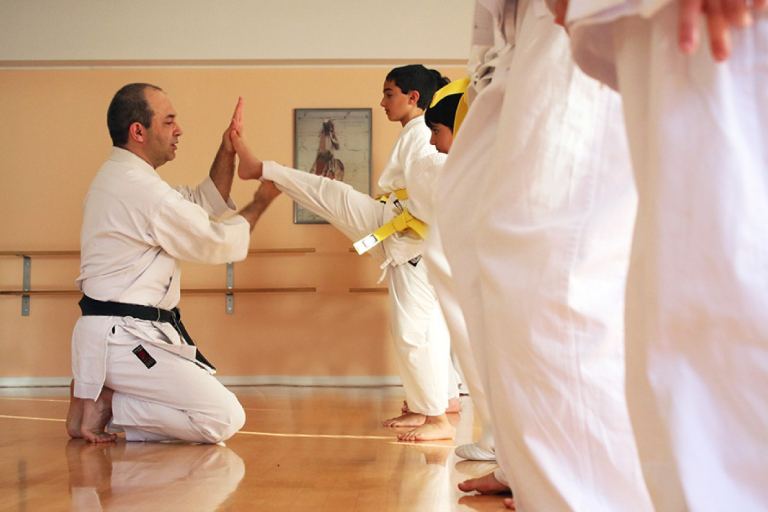 Various kinds of martial arts existed in China and Japan years before Shotokan Karate came to exist. With the growth of Buddhism, rulers of Japan, banned utilizing weapons for protection. Even weaponless martial arts were also prohibited for some time and it was taught in secret. Gichin Funakoshi began his training in such an environment only.

Sparring has been supported by one’s mental strength and spirit and it has an attitude that finds any challenge to be difficult to manage. A martial artist who has spent many years to learn a kick or a punch to handle anything difficult with ease.

Explore More About : Getting Strong In Your Karate Skills

The main purpose of Shotokan Karate is to stop the opponent effectively and quickly. The three basic techniques to excel are kihon, kata, and kumite.

Kihon: In this blocking and striking technique movements are repeated again and again during practice until the martial artist executes it voluntarily on his own.

Kata: In this technique, movements are effectively utilized within a sequence that is choreographed or predefined. This technique helps to lessen the injuries on partners while training.

Kumite: In this technique, practice starts with a simple, controlled self-defense and counterattack. Usually it begins with one step sparring, and moves on to three step, five step, counter-attack and then freestyle sparring to achieve the proficiency.

Shotokan Karate training teaches us how to improve ourselves. The practice helps us to take the charge to develop into persons who are honest and have good character. With this first step to change our life, we can build peace around the world.

There are twenty important rules that explain the purpose and spirit of karate. The rules don’t show any purpose for violence in any martial art. For example, rule two states that in karate, not to attack first. Rule three expresses that one who practice karate follows justice at all times. Rule number five stresses the importance of spirit and mind. Rule twelve tells that you need not think that you must win but you must think not to lose. To quote Okazaki, a martial artist continuously tries to be good.