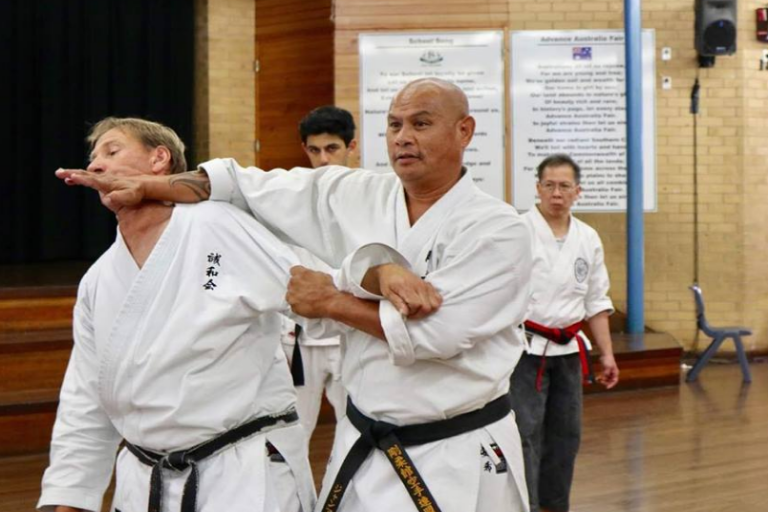 More than anything, we all want to witness a sensei or karateka break a wooden board or slash his fist into stacked tiles or bricks. Even children who are capable of this feat inspire awe.

The common audience hushes itself into silence as trainees take stance before the formidable block of wood. The karateka focuses and concentrates, shutting out the rest of the noise and distraction around him. He then employs the Knifehand strike to bring his palm down on the block and effectively chops it into two. The audience breaks into thunderous claps.

Accuracy, concentration, force, and momentum play equal roles in acquiring this feat. The Knifehand strike or the Shuto-Uchi in Japanese, uses the part of the palm that runs from the side of the little finger right up to the wrist. Amazingly enough there are no tricks involved .

If a Karateka is able to break a block or a stack of tiles, it goes without saying that he has undergone consistent training. Chopping a block does not happen overnight. And it does not happen without initial stages of injury and pain.

Students undergoing training are initially taught to break boards made of foam or other light material. The boards are either placed on two supportive cinder blocks or held by hand on either edges by another person. Repetitive training instils the confidence to face tougher challenges. It also changes the very surface of the palm , making it calloused enough to withstand damage.

The less talked about footwork is actually of great importance in any martial art. Footwork is the ample use of feet and legs to move around in a calculated fashion . In Bruce Lee’s words, “ It is the art of moving”. What is its importance?