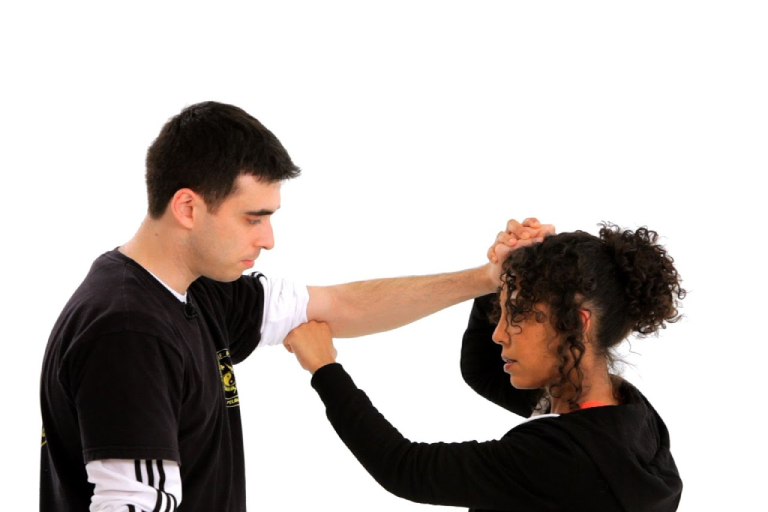 Best Self Defense For Hair Pulling

Self Defence For Women

Women are easily the most abused in many ways. Physical abuse is something most women have gone through and such incidents are on the rise. It is not easy to tackle violent physical attacks unless you are equipped with good self defence techniques to prevent it. Dress, accessories or even long hair can be an easy weapon for the attackers. Pulling the hair from behind can be very painful, shocking and disorienting. It is easy to physically drag the victim to a remote place or inside a vehicle.

Even the most strong willed person will be taken off guard in such a situation. The surprise will be mixed with shock and fear and you will fail to react. But you need to react quickly. Especially when your hair gets pulled from behind, the attacker can easily overpower you. You need to regain control and act fast. You may look powerless in front of the assailant but never underestimate yourself. Your defense and ferocity can be so powerful to incapacitate the attacker. You cannot make any kind of plans and only force and tactics can help you out of this situation. Get equipped with good self defense for hair pulling before you face such a situation.

Explore More About : Karate For Women: Women Should Master Karate To Safeguard Themselves

Tactics To Defend Against Hair Pulling

Hair pulling can be difficult to prevent as it happens from behind. You may not be able to react as the assailant is not facing you. Take control of your head, grab your hair with both hands and slowly turn towards the attacker. You need to first get them to release your hair. You need to apply some blunt force or nerve strikes to effectively break away from the grab. You must target the large muscle in the forearm. Use your fist slam down with penetrating strikes. Strike hard such that you hit the bones. 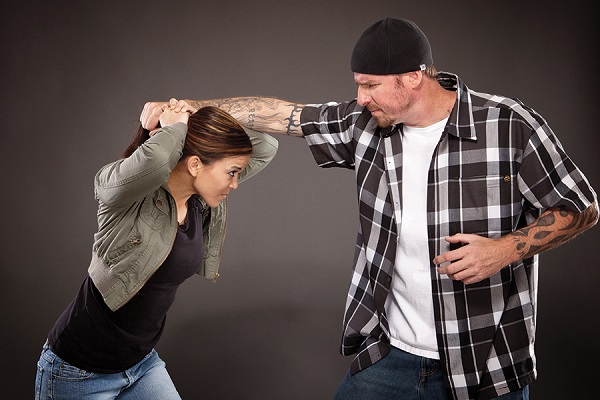 Next, target the eyes or nose. This is something attackers do not want to face. When they start to get the taste of your ferocity they will change the mindset to attack. With just one or two strikes if you can loosen the grip, you can then quickly pull out of the grab and escape. Do not hang around as they can pursue you once they are out of pain. You need to run from the scene and dial the police as soon as you can. It is important that you notify the police so they will not pursue any women again. Most assaults go unreported and this is a big reason for the increase in physical assault against women.

It is always good that you are better equipped to face such an attack. It is important that you face such assailants with grit. They must be taken aback by the defense. It is imperative you know how to face such dangerous encounters. Attending training classes in self defense can help you a lot in gaining the confidence to face an attack. It is your choice to have long hair or wear it long but do not let the choice be fatal for you.

You must learn the basics of self defence for hair pulling. Get help from a friend to practice every step so you will know what to do in such a situation. You need to practice as attacker and defender. Practicing as a mock attacker you will know what technique can be used to defend the attack first hand. You can also gain confidence in facing the attacker. You get empowered by the fact that you know how to neutralise an attack.