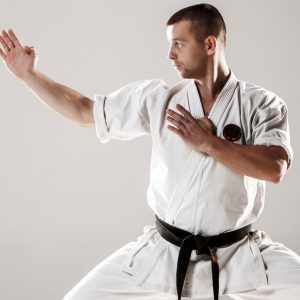 Waldo RamÍRez Occupies 7Th Place In The Open Of Paris

Paris France. As of January 24, 2015 . Crédit Photo: Denis Boulanger – FFKDA. (IKKOSPORTS) – Waldo Ramirez took the seventh place in the kata specialty among 123 competitors in the Karate Do Open in Paris, starting this season with a good step towards the 2015 international events in a contest that takes place in Stade Pierre De Coubertin.

Waldo Ramirez had to face the Portuguese Pinheiro, the Belgian Giovanne and the Spaniard Damián Quintero.

This season begins with the Premier League of Karate with the record presence of 912 registered competitors from 68 countries with the presence of the best karatekas in the world.

Explore More About : Karate Mexicano Thinks In Colombia, Dominican And Venezuela For JCC

The tournament takes place in Paris two months away from the Senior European Championships (qualifying for the European Games in June with Baku headquarters), in such a way that the best French athletes will be at the Paris Open, as well as athletes Japan, Egypt, Germany, Italy and Mexico.

The best athletes in the world, such as Giana Lofty (Egypt), Enes Erkan (Turkey), Luigi Busa (Italy), Serap Ozcelik (Turkey), Gogita Arkania (Georgia), Alizee Agier (France), Sara Cardin Someya (Japan), as well as Rafael Aghayev (Azerbaijan), who will make their return to the competition and will also be present a significant number of world medalists.