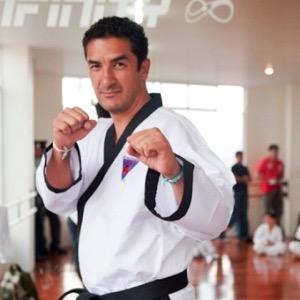 Karate Mexicano Thinks In Colombia, Dominican And Venezuela For JCC

Mexico, 6 Nov (Notimex). – The biggest rivals of Mexican karate for the Central American and Caribbean Games Veracruz 2014 are the teams from Colombia, the Dominican Republic and Venezuela, nations that have raised their sporting level in the last four years.

However, Daniel Vargas Flores, who will compete in the minor category at 67 kilos, said that the Mexican team is composed of the best in the country, to face these nations and reach the finals in each of the divisions.

“The strategy is to work with videos, analyze the combats of the most complicated rivals and prepare a strategy for each of them,” he said.

He said that some have already faced international battles and know how to win, but at the beginning of the Olympic cycle there are also some new competitors, which are unknown.

He pointed out that in the case of Mexico, it is a group where there is experience and youth, “we are some with much experience and others that come from youth, But have had a very important sport development. “

Vargas Flores considered that in addition to the quality of the selected, another factor that will influence the best performance is the existing union between the partners, “the team is united and motivated. We think that we are going to have a very good role in the games, we will go with everything for the gold “.

The karate tournament will be held in Coatzacoalcos from the 27th to the 29th of this month.